Guys and Dolls - and Recovery for Both 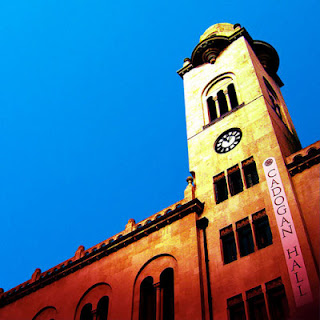 The Cadogan Hall was an ideal destination during the Sunday downpour over the Bank Holiday weekend.  The RPO were accompanied by a fabulous cast lead by Ruthie Henshall for a brilliant production of Guys and Dolls which struck me as being both cute but still relevant, speaking to a variety of contemporary issues. 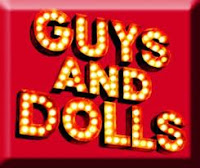 The award winning show's plot was derived from several stories by Damon Runyon depicting the lives of gangsters, gamblers, and other characters of the New York underworld.  Having originally premiered on Broadway in 1950 it was an immediate hit and the original show ran for 1200 performances.  It was later adapted as a film starring Marlon Brando, Jean Simmons and Frank Sinatra.
The musical opens to transport the audience into the hustle and bustle of New York City where we meet three small-time gamblers who are arguing over which horse will win a big race.  Meanwhile, the band members of the Save-a-Soul Mission, led by their pious and beautiful Sergeant, call for sinners to 'follow the fold' and repent.  It's an unlikely combination from the outset.

What the show still speaks to so clearly is the chaos that gambling entails.  Bets are placed on practically anything and the sky really is the limit as the deception escalates undermining relationships, whilst inflating hopes before shattering them.  Promises are made, and rarely kept.  It's a mad existence, with casualties aplenty.
We soon meet the glorious Miss Adelaide, who loves her man but hates his addiction.  She is stuck wanting and waiting for him to change, longing for him to honour their relationship by taking her down the aisle.  We see the physical side effects of their dysfunctional attachment, and she consults a medical book which confirms her psychosomatic symptoms.

The plot implicitly contains many a recovery message.  Requiring or expecting anyone else to change is recipe for disaster.  Expectations are premeditated resentments.  Looking for commitment from an unavailable individual leads to great heartache.
Miss Adelaide would most certainly qualify for a twelve step fellowship such as Al-Anon or Gam Anon (support groups for those affected by another person's drinking or gambling).  There she could discover the boundaries needed to preserve a relationship when one partner is in active addiction.  She would be introduced to the slogans of the recovery programs enabling her to prioritise herself and her needs, whilst detaching from the unmanageability surrounding the gambling.  She would gain awareness, and could then begin to the action necessary to insulate herself against the inevitable ups and downs of a life lived alongside someone else's addiction.  She would, above all, learn to accept that the only person she could hope to change, is herself.
Gam Anon: For those affected by someone else's gambling
Al-Anon: For families and friends of alcoholics